The Goalkeeper Guys are live from Seattle’s Hard Rock Cafe for tonight’s kit unveiling. Stay tuned through the evening for updates and photos from the event.

Oh, and there will be some BIG NEWS, but it’s too early to tell you.

5:38   The Predmores and Laura Harvey are taking a seat, so we may be close to getting started.

And awaaaaay we go.
5:49  Unexpected big news broken by Bill Predmore. BEEEEEEER! Reign FC have found a way around the Seattle School Board ban on alcohol. Georgetown Brewing will be providing beer in a beer garden just outside the stadium.

5:50 The Austen Everett Foundation and Water 1st will be returning as community partners. If you’ve been following the team, Teresa Predmore, Lu Barnes, and Elli Reed spent some time in the off-season in Ethiopia raising awareness on how severely the lack of access to clean water has an adverse impact in parts of the world – and how disproportionately this falls on youmg girls.

Kendall Fletcher with the Reign Royal Blue Piccolo Venetian, which will through the Legends Campaign recognize the contributions of women in the Pacific Northwest who have set an example of excellence at home and beyond.

The Reign Academy has also been accepted to the Elite Clubs National League – the top organization for the development of female soccer players in the country.

Misrosoft will be the new kit primary sponsor. We should get a look shortly.

Oh, my. Royal blue and platinum on the home kit, vivid yellow with black for the road kit, and the goalkeepers will be in black and platinum. Pictures coming shortly. 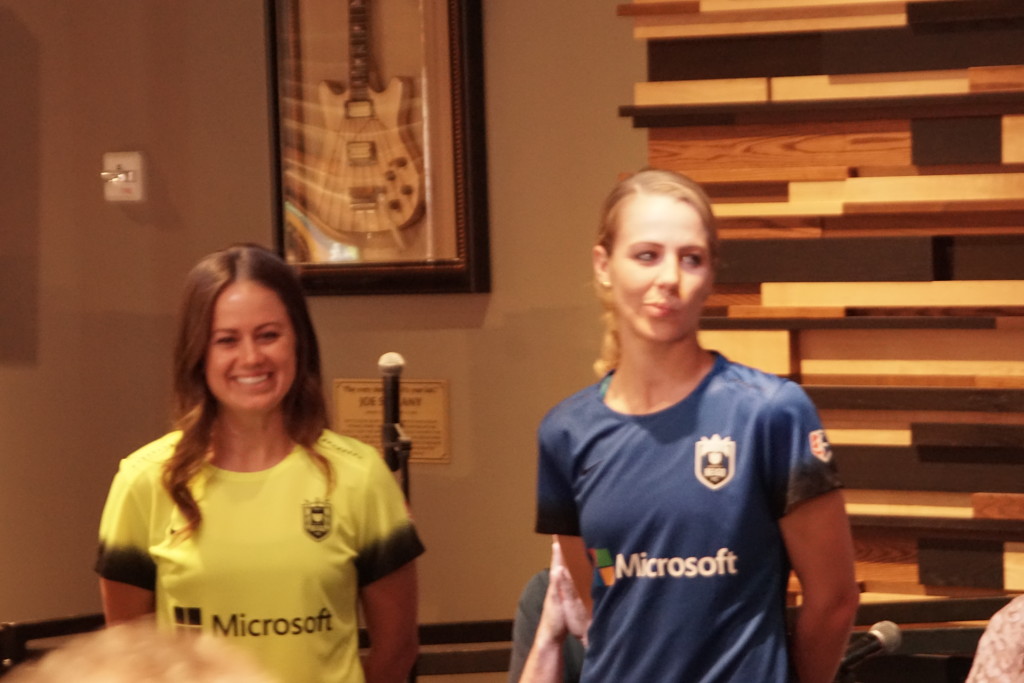 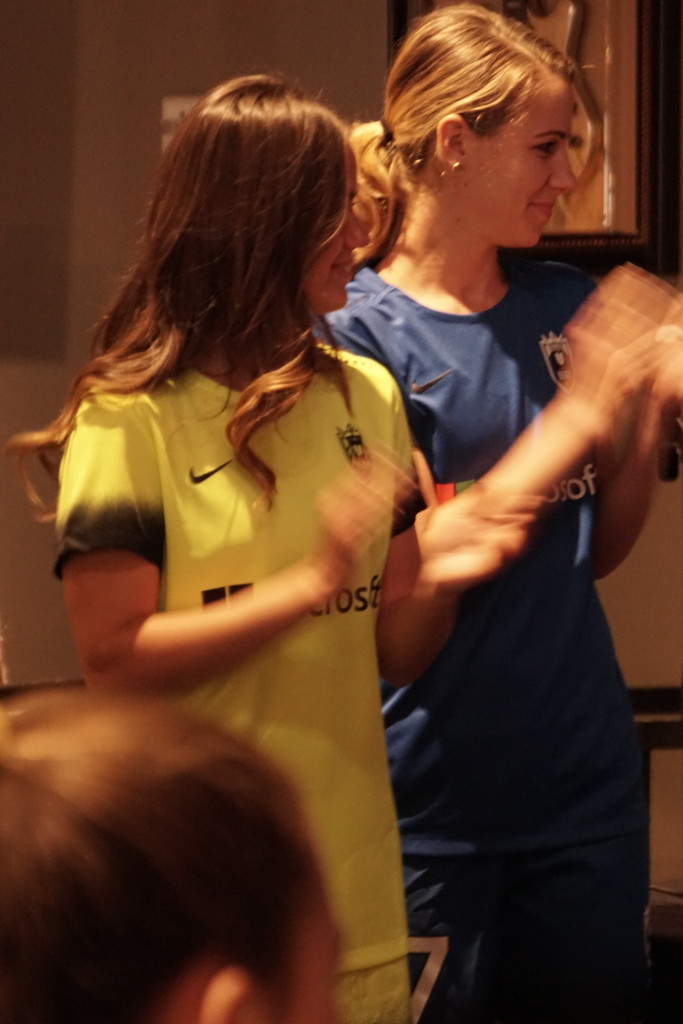 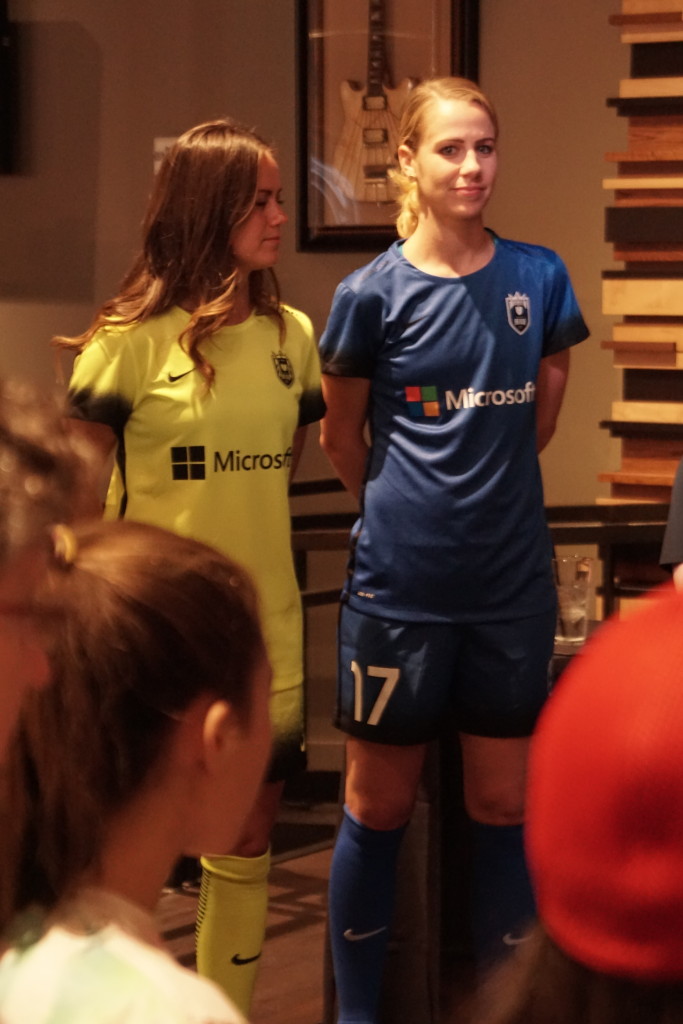