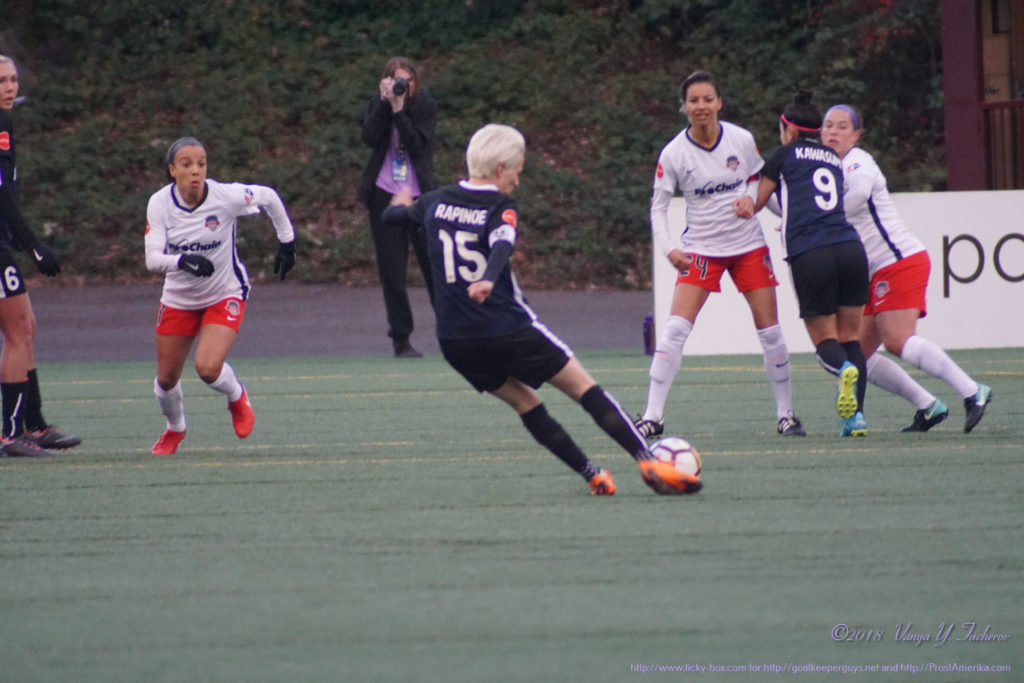 Calling it the Megan Rapinoe show might be a bit of an overstep, but with a hand in both goals for the home side, there’s no question Rapinoe played a key role in the first win for the Seattle Reign in the post-Laura Harvey era. With a wickedly bending free kick taken about 25 yards from goal ripping into the upper left hand corner of the net behind Washington Spirit goalkeeper Aubrey Bledsoe bringing the 3,561 home faithful who endured a chilly Pacific Northwest March evening to their feet in the seventh minute; before adding the assist on England international and Reign newcomer Jodie Taylor’s goal in the 35th minute, it was clear that Rapinoe is in form for the new National Women’s Soccer League campaign.

Joanna Lohman scored the only goal of the match for the Washington Spirit.

For the Spirit, Joanna Lohman would reply in the 68th minute to spoil Michelle Betos’ clean sheet, but some outstanding goalkeeping from Betos would hold the scoreline at 2:1 until the final whistle. Lohman entered the match at the half, replacing Tori Huster in the centre of the park for Washington.

There are a lot of new faces in the lineup for Reign FC in the 2018 campaign, and we have pictures of some of them. With the Australian players off in national team training for the Asian Cup, the Reign were without the services of Lydia Williams and Steph Catley; but did have both Japanese internationals Rumi Utsugi and Nahomi Kawasumi in the starting XI. Utsugi played all 90 minutes at left back, while Kawasumi gave way to newcomer Jasmine Spencer on right wing in the 77th minute. Megan Oyster – taken in the dispersal draft after the Boston Breakers’ folded – started at centre back alongside Reign mainstay Lauren Barnes, with Danish international newcomer Theresa Nielsen making her regular season debut at right back (and demonstrating that a player need not be Brazilian to feature a first name rather than one’s family name on the jersey). Midfielders Allie Long and Morgan Andrews also made their Reign season debuts. 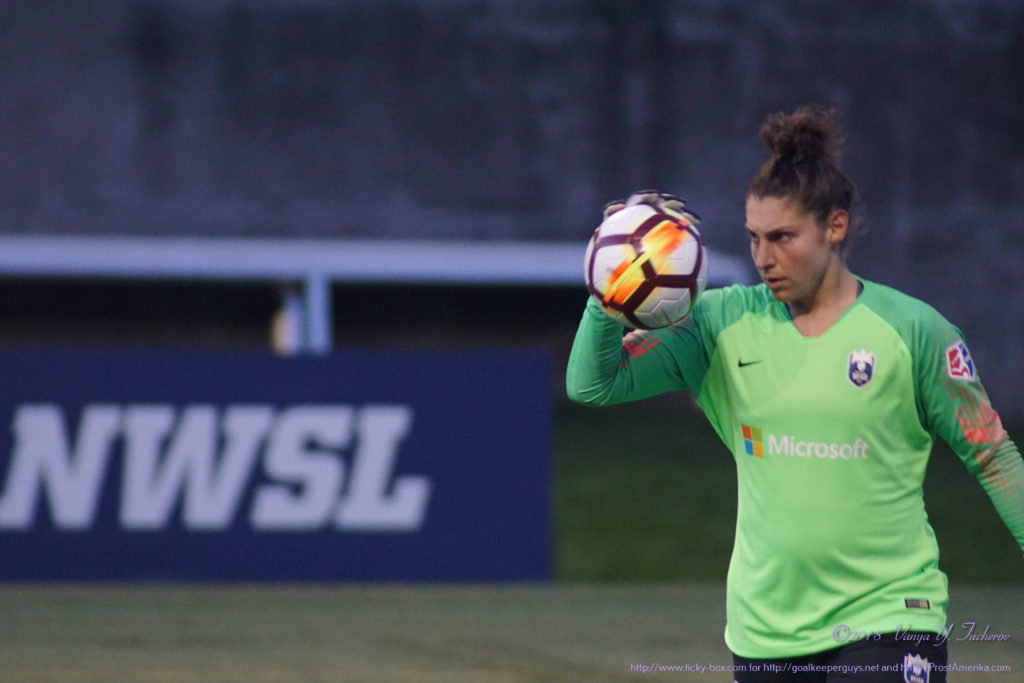 Michelle Betos gives the ball a stern look after making one of her eight saves in the 2:1 win over the Washington Spirit 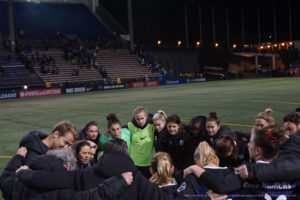 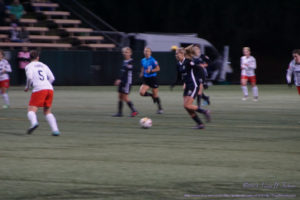 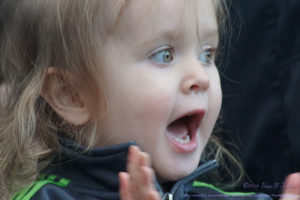 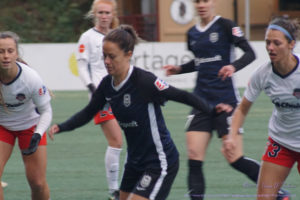 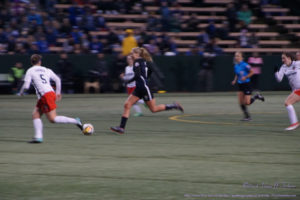 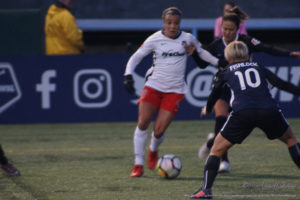 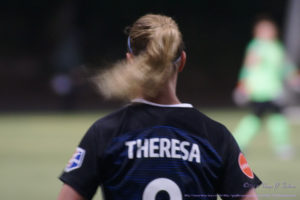 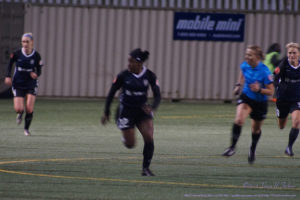 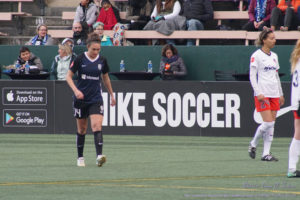