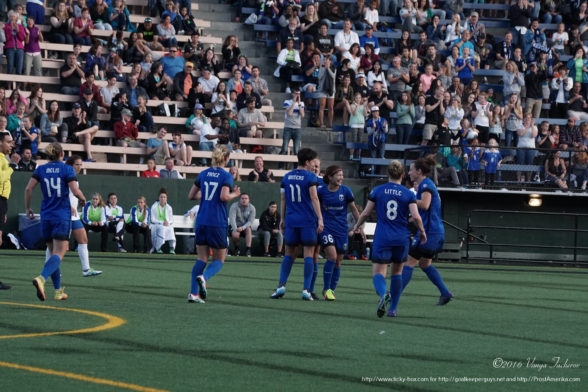 Two years ago, the Seattle Reign made a run for their first NWSL Shield on a remarkable undefeated skein which ran nearly the entire length of the season. Part of that roster was Japanese international Nahomi Kawasumi, then on loan from Kobe Leonessa. 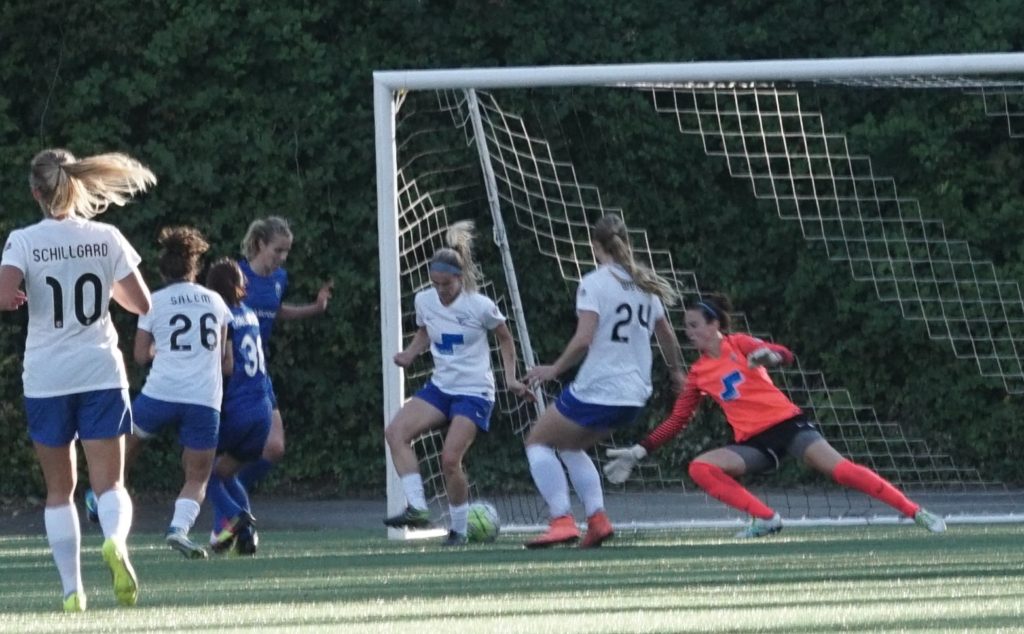 Nahomi Kawasumi sends her first of the match past a diving Jami Kranich.

The Reign match against the Boston Breakers on July 2 marked the return of ‘Naho’ to the Reign lineup – but this time, not on loan. It didn’t take long for her to display the form which contributed to her becoming a fan favourite, opening the scoring in the 15th minute by converting a Manon Melis cross which deflected off of Boston defender Kassey Kallman and slotting it past netminder Jami Kranich, who had little chance diving to her right.

The half would end with the score still at 1:0, but not without more Reign scoring chances. Jess Fishlock had one roll just wide in the 23rd, and Kim Little drilled a Kawasumi cross in the 43rd solidly off the corner of the frame.

Little’s pursuit of her 30th NWSL goal continues, with the Scottish star generating four solid scoring chances, but seeing none register on the scoreboard, with Kranich extending vertically to capture Little’s chip in the 54th minute.

Nine minutes later, Kawasumi would round out the scoring with her second of the night, converting a pass from Keelin Winters at the top of the box to provide the final margin of victory.

The Reign defense merits note as well, coming into the Boston match with a skein of four consecutive clean sheets, two each behind goalkeepers Hope Solo – now off in training camp with the US National Team – and Haley Kopmeyer.

Kopmeyer would register three saves on the night to earn the fifth in the skein of shutouts, leaving the Reign holders of a new league record and three minutes short of another for the longest time without conceding a goal.

Nahomi ‘Naho’ Kawasumi scores her second of the night.