Growing up, in youth sports and the like, we get taught the fundamentals. At a certain point, they stop being drilled every practice, just because it is assumed that they have become so ingrained in the player.

For those who may have discovered the game later, or who didn’t play the position, sometimes professionals manage to make something look completely routine. It’s probably worth investing a little time in breaking down the routine, because just because something looks simple doesn’t make it that way.

Thanks to burst-mode digital photography and a shooting perspective to the left of the goalkeeper not much above the six-yard box it’s possible to walk through a save Caroline Casey of Sky Blue made on Manon Melis of the Seattle Reign frame by frame. 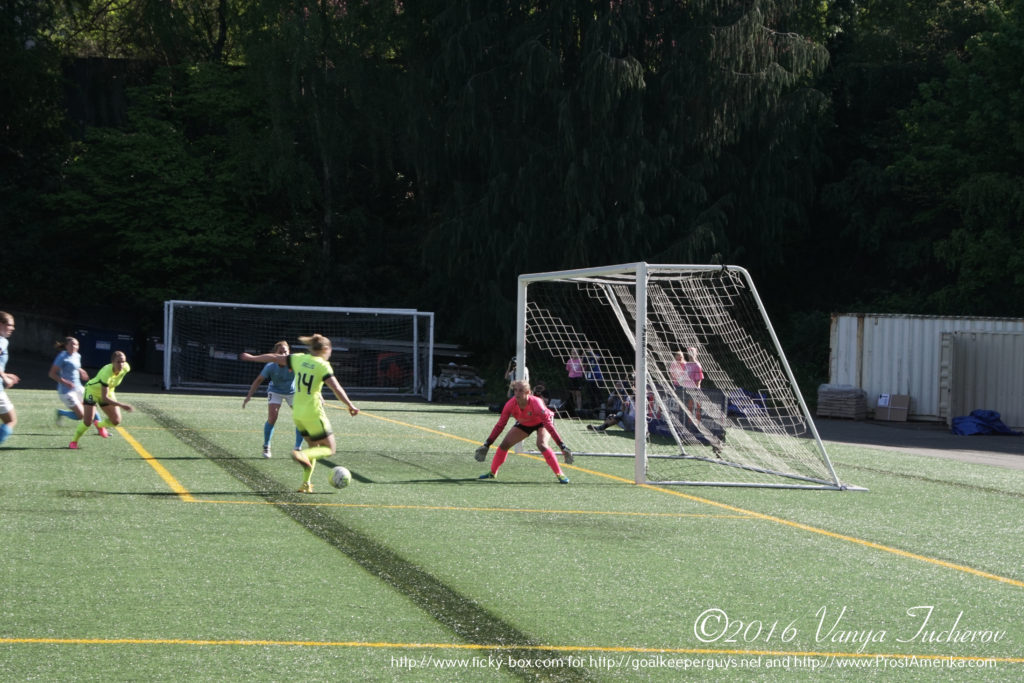 Our view starts two strides after Manon Melis has taken service on a ball switched to her from either Bev Yanez or Jess Fishlock. Merritt Mathias is making a far-post-run, but the defender (I believe Erica Skroski) is well positioned to deny the pass if Melis can even see Mathias. Casey makes the right decision to stand her ground and “make herself big.” Her alternative choice is to attack the ball, which leaves the opportunity that Melis will step around her and put the ball into an unprotected net or chip over her should she go to ground.

From Melis’ angle, she can likely see a little space short-side and a fraction far-side, particularly if she can get the ball up, but not far enough to miss the top corner. Casey has her squared well, and particularly with the angle of Melis’ shoulders, can expect to have the shot come either right at her or to her left.

Melis makes a little adjustment in launching the shot, and drives it on frame. Casey adjusts by lowering her centre of mass while keeping her ‘wingspan’ wide. 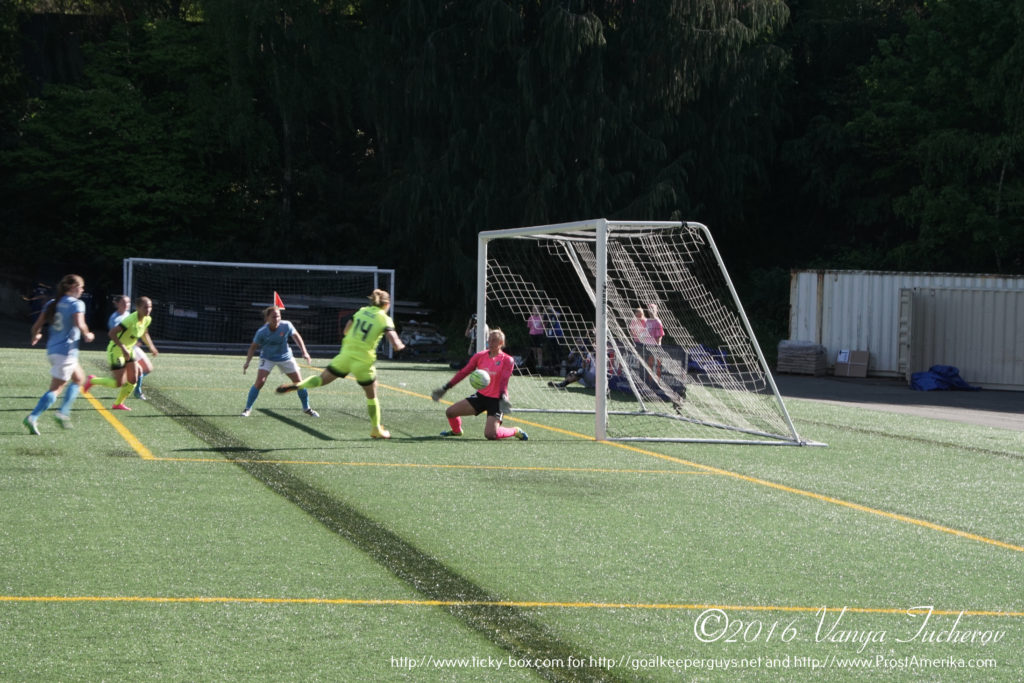 Sure enough, the shot comes right for her. 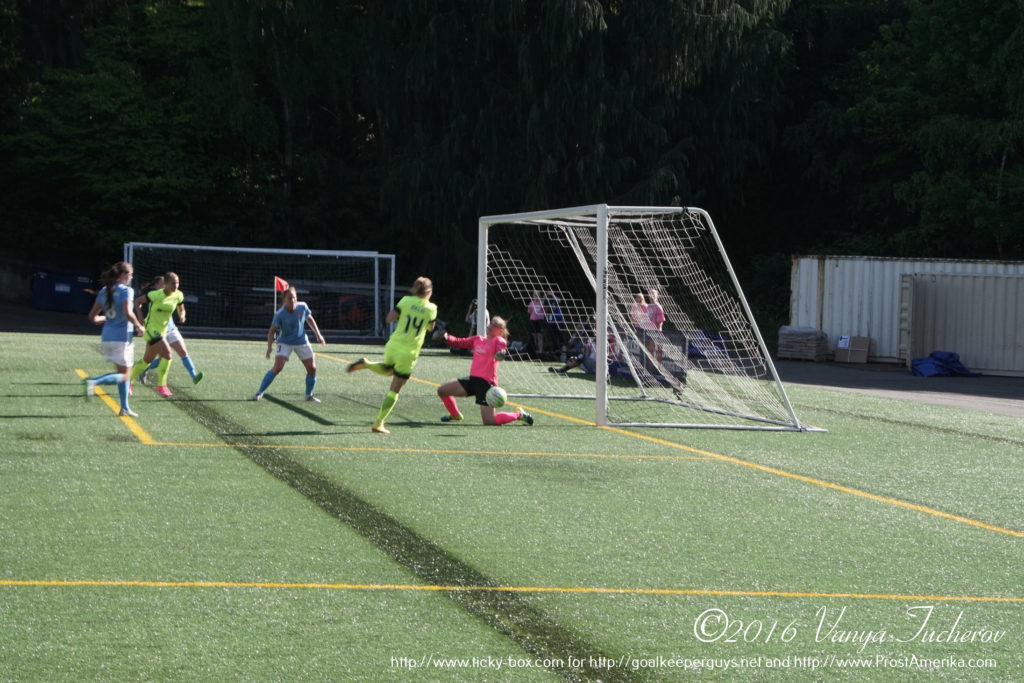 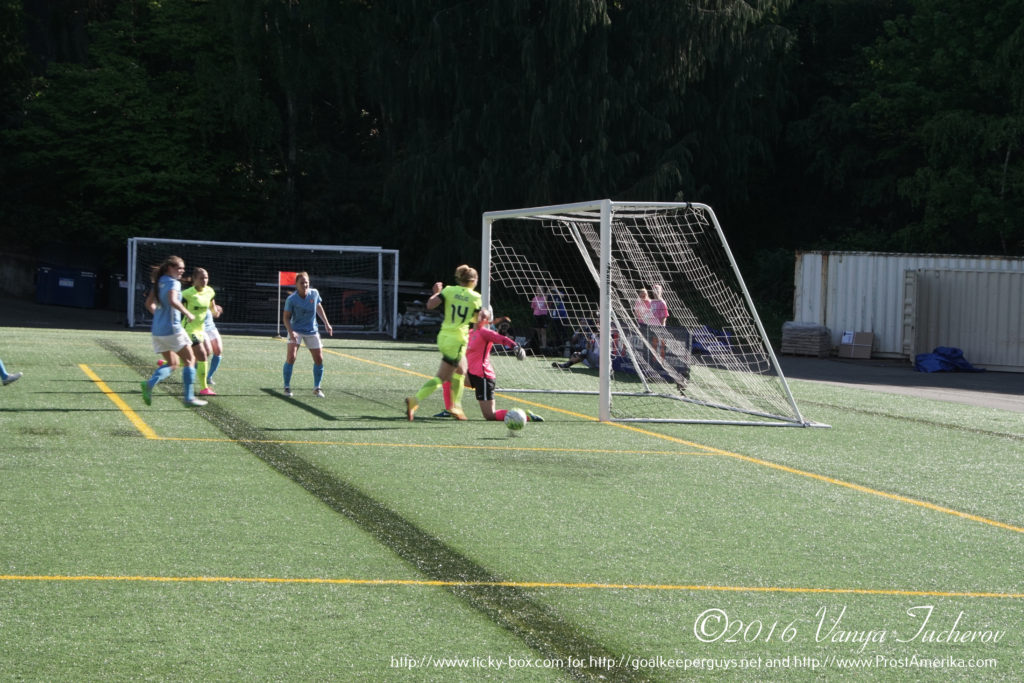 Because of Melis’ momentum, Casey doesn’t have the chance to try to catch- her option is to put the ball somewhere safe. In this case, it spins out to her left, and safely crosses the touchline. 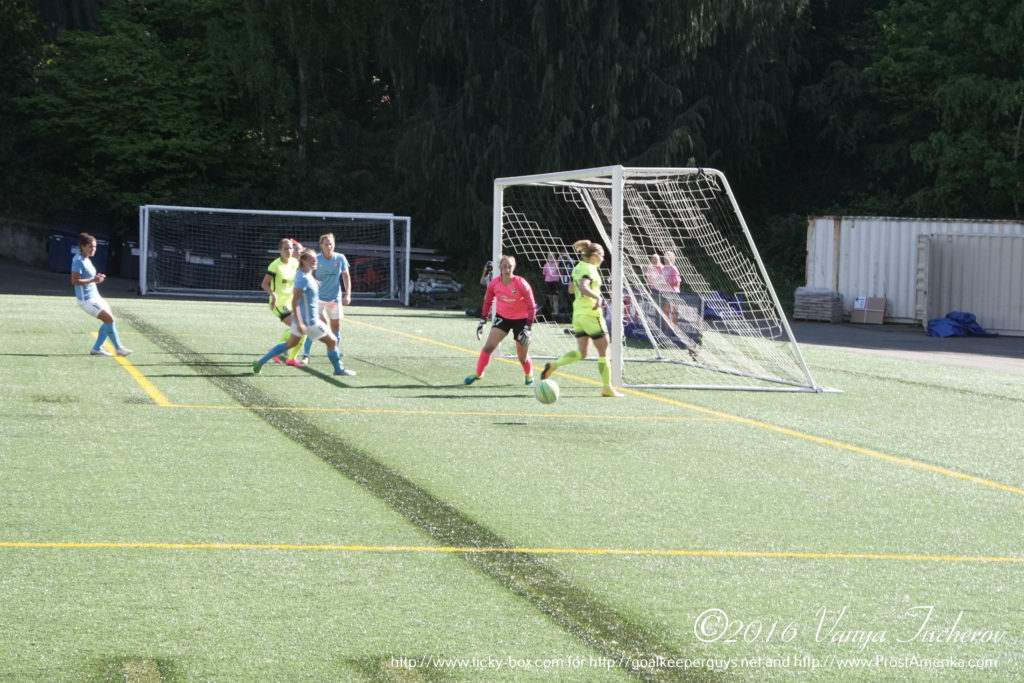 Never giving up on the play, she recovers her feet and focus while the returning left centre back peels off to pursue the ball- or more accurately, make certain that Melis doesn’t have a good angle to get to it.

If it looks simple, it largely is, particularly if the play is developing slowly. The six-frame sequence illustrated here, though transpired in between a third and a half-second- there isn’t time to think, just react, and it’s only experience which makes the difference. Some of us never succeeded in subduing the instinct to challenge the shooter here.